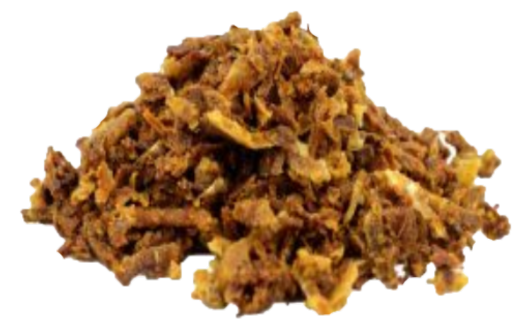 Propolis is another ingredient used in our products that you may not be familiar with. However, it is nothing new and has been around for as long as there have been bees. Propolis is a type of glue made by honeybees from water and plant material they collect,
The word propolis is derived from Greek, pro for “at the entrance to” and polis for “community” or “city,” The bees use propolis for sealing openings and cracks and smoothing out the internal walls in their hives and line the entrance of their hive with Propolis, acting as a sort of bee-wash when the bees enter the hive.

Whilst it is not widely known today, humans have long utilised propolis and all the bee bye products for thousands of years.

Archaeological evidence and rock carvings shows bee product harvesting from wild colonies dates to c. 13,000 BCE.
Some of the oldest references of humans harvesting bee products are from Niuserre’s sun temple constructed during the Old Kingdom Egypt. beekeepers can be seen blowing smoke into hives, much as we do today, to remove the honeycombs. One of Pharaoh’s titles was Bee King and the gods also were associated with the bee. The temple where the god Osiris was worshiped was the Hwt bjt, the Mansion of the Bee. Temples kept bees to satisfy the desire of the gods for honey and to produce medicines and ointments. Naturally, with its religious significance, antiseptic and antibacterial properties it was heavily used in the mummification processes. from c. 3100 BCE the honeybee was used as a hieroglyph

Ancient Egyptians considered Propolis to be the “secret to eternal health and life”
Several famous healing historical authorities utilized Propolis as part of their medicine chest. Hippocrates, the famous Greek physician, wrote that it was useful to treat sores, ulcers, and bruises. The famous Roman physician, Pliny, used it to disperse tumours and thought so highly of it as a first aid remedy that he wrote Propolis “heals sores when it appears hopeless for them to mend”. It is no surprise then that Roman Legionnaires were known to carry some Propolis in their first aid pouches to apply to wounds and injuries.

The great Persian physician, Avicenna, also thought highly of Propolis’ healing potential; in an ancient manuscript he suggested its use for eczema, myalgia, and rheumatism. The Renaissance era author of one of the most influential herbals, Gerard, wrote that Propolis was useful for all types of inflammation. In Knossos archaeologists discovered hives, smoking pots, honey extractors, and other beekeeping paraphernalia
the Chinese employed it for toothaches and infections.

Greek and Roman physicians used it as mouth disinfectant and as an antiseptic and healing product in wound treatment, prescribed for wounds. Roman women discovered the use of propolis in cosmetics. They used the creams from propolis to nourish their skin and body. They even called the propolis ‘woman-friendly’.
The Romans also revered the bee and propolis extensively. Pliny the Elder describes the practical usage of this substance. According to him “[propolis] has the property of extracting stings and all foreign bodies from the flesh, dispersing tumours, ripening indurations, allaying pains of the sinews, and cicatrizing ulcers of the most obstinate nature.”

In the first century CE, the famous medical writer Cornelius Celsus described propolis as a drug for promoting opening wounds, and for treatment of abscesses.
Hippocrates is said to have used propolis to cure wounds and ulcers, both external and internal Pedanios Dioscorides, around 50 CE, described medical uses of propolis

Due to its antibacterial properties, Propolis was listed as an official drug in the 17th century London pharmacopoeias and by Nicholas Culpeper, botanist and physician, in his Complete Herbal
In Italy bee glue was used as a violin varnish by Stradivari.
During the First and Second World Wars, Russians used propolis to prevent wounds from becoming infected and to speed up the healing process and became known as ‘Russian Penicillin’.

In the Quran there is a long chapter (sorat) with bees and honey being healing for man “And your Lord inspired to the bee, take for yourself among the mountains, houses, and among the trees and that which they construct.”

Then eat from all the fruits and follow the ways of your Lord laid down. There emerges from their bellies a drink, varying in colours, in which there is healing for people. Indeed, in that is a sign for a people who give thought.

The ancient Jews considered tzori (propolis) as a medicine. Tzori and its therapeutic properties are mentioned throughout the Old Testament as the Balm of Gilead. This was the gift that the Queen of Sheba gave to King Solomon.

Nowadays, propolis is a natural remedy found in many health food stores in different forms for topical use. It is also used in cosmetics or as popular alternative medicine for self-treatment of various diseases. Current applications of propolis include formulations for cold syndrome (upper respiratory tract infections, common cold, and flu-like infections), as well as dermatological preparations useful in wound healing, treatment of burns, acne, herpes.
Propolis is also used in mouthwashes and toothpastes to prevent caries and to treat gingivitis and stomatitis. It is widely used in cosmetics and in health foods and beverages. It is commercially available in the form of capsules, mouthwash solutions, creams, throat lozenges, powder and in many purified products from which the wax was removed.
Due to its antimicrobial, antiviral, and antioxidant properties, it is widely used in human and veterinary medicine, pharmacology, and cosmetics