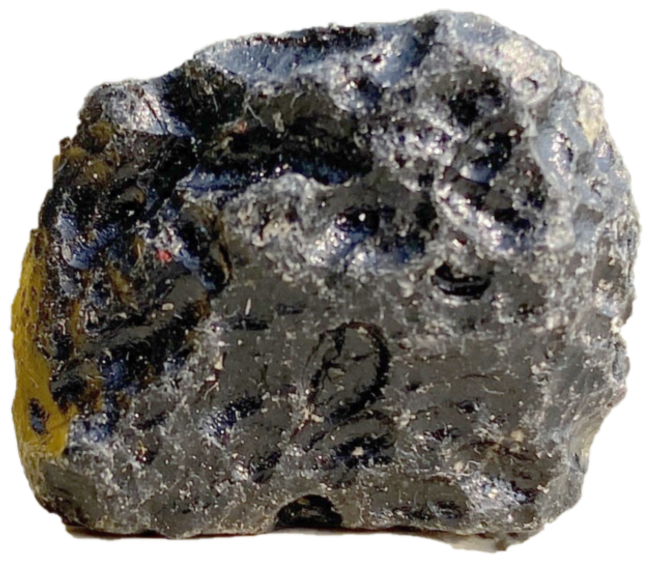 Humanity has been observing meteors for thousands of years. Many civilizations looked to the sky to see the “shooting stars” and believed that they were messages of doom from their gods.

When meteors enter Earth’s atmosphere, they can burn so brightly that they are brighter than the planet Venus. Scientists have estimated that around 48.5 tons/44,000 kg of meteoritic debris fall on our Earth every day.

Meteors travel at tens of thousands of miles per hour and those that are smaller than a football field will be broken apart and burn up in our atmosphere as it travels at 130,000 mph/209,215 kmh Those that survive the atmosphere are less than 5% of their original size as it hits the ground. Quite often only the size of a pebble or an orange their exterior or “fusion crust” is usually burned so badly that they have a glassy appearance.

There are three types of meteorites:

The iron meteorites are the leftovers of the core of a destroyed planet or asteroid. They are thought to originate between Jupiter and Mars in the Asteroid Belt. This the densest type of meteorite and is incredibly heavy and magnet. Most specimens have an iron content of around 90-95% with remainder made up of nickel and trace elements.

Stone meteorites are some of the oldest items that we can study to discover our solar system and the universe.

Naturally, there are a combination of the previous two types but much rarer, less than 2% of all meteorites found are stony-iron meteorites. They were formed at the mantle or core of their parent body. Being made up of equivalent percentages of stone and nickel-iron they also have two sub types:

Pallasites are the most attractive of all the meteorites because they contain nickel-iron that is surrounded by olivine crystals. The purer crystals are emerald green and known as peridot and when cut and polished the crystals become translucent.

Mesosiderites are smaller than Pallasites and have both silicates and nickel-iron. However, they also contain black and silver tones that give them an incredible beauty when refined.