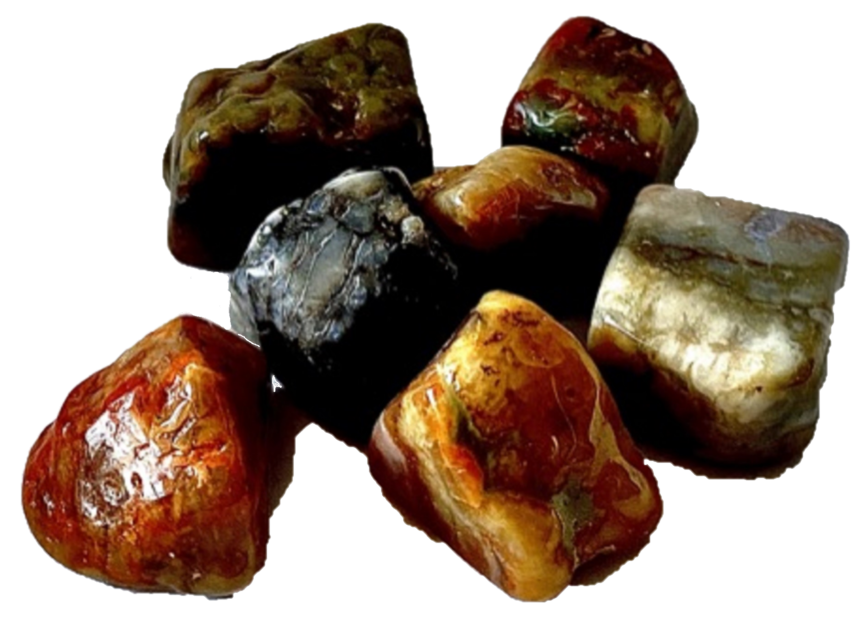 A coprolite is fossilised faeces (poo!). The fossils we are familiar with are called “body fossils.”  Coprolites are called trace fossils because they give us clues to the creature’s diet. Coprolites is derived from the Greek words kopros, meaning “dung” and lithos, meaning “stone”. Coprolites may range in size from a few millimetres to over 60 cm!

The famous fossil hunter Mary Anning noticed as early as 1824 that “bezoar stones” were often found in the abdominal region of ichthyosaur skeletons. She also noted that if such stones were broken open, they often contained fossilized fish bones and scales as well as sometimes bones from smaller ichthyosaurs. It was these observations that allowed the geologist William Buckland to propose in 1829 that the stones were fossilized faeces and named them coprolites.

How to do you know it is genuine Coprolite and not just a stone ?

Firstly, like all fossils and gemstones acquire your specimens from a reputable supplier.

When Palaeontologists look for coprolite specimens, they look at least three things:

Composition Coprolites usually contain a lot of calcium phosphate and we were once used as fertiliser. The phosphate was a critical component of the explosives used in munitions during the first world war.

Another identifier is shape, there are several classic coprolite shapes which assist in identification. However, being a natural product there is always the potential for it to be deformed by other animals or the elements.

Geological. Fossils are typically preserved under sediments. However, a very dry environment or extreme cold can also preserve it.

The layers of the ground (stratigraphy) where the Coprolite was found also must be the same where the creature that created it lived. For example, you should not be able to find vertebrate coprolite in a Precambrian layer because this was formed before vertebrates were known to exist

Associated fossils other fossils found in the same area, indicate the past presence of organisms and may be clues to what creature originally produced the coprolite. Sometimes, coprolites are found near the fossilised remains of the actual animal itself.

By studying (ichnology) the physical composition of coprolites, palaeontologists (or Scatologists) can deduce if the animal that produced it was most likely a carnivore, herbivore or omnivore. Traces particles can show what an animal ingested. Seeds, bones, spores, pollen, wood, grass, leaves, even microorganisms and parasites, can be preserved within coprolite.